The Results of the Project on Organizational Development were Presented 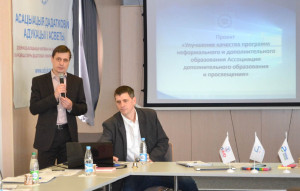 Dmitry Karpievich, the chairman of the board, the Assosiation of life-long learning and enlightment, presents the information on the achievements of the Assosiation

In the result of the project the module for distance learning (MOODLE) was launched, the standards of the quality for informal and further education were developed, the consultations on legal aspects for organizations in the sphere of informal education were conducted. A number of improving proposals were developed and admitted for review to the Ministry of Education. 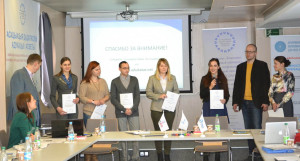 Awarding ceremony of the students and postgraduate students — the winners of the Contest on the best essay on educational law.

The project is a part of the USAID supported Capacity Building for Civil Society Organizations Project implemented by New Eurasia Establishment. The Association of life-long learning and enlightenment became one of the 19 non-profit organizations, which projects were supported within the CBCSOP.